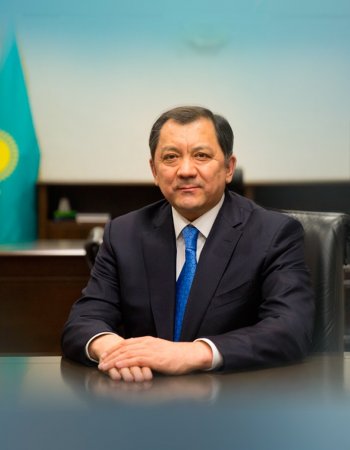 Dear investors!
We invite you to Atyrau region which is one of the most developed industrial regions of Kazakhstan, where foreign and domestic investments are concentrated. This is a region that constantly provides rapid development of the economy not only in the region, but also in the Republic in general, and it accounts for more than 28% of all investments in fixed capital of the Republic.
The region also holds the leading places in the Republic of Kazakhstan in terms of gross regional product (GRP) and average salaries.
We successfully cooperate with more than 50 countries of the world and implement foreign trade operations in various sectors of the economy with such countries as: USA, Great Britain, Italy, countries of the Eurasian Economic Union, Canada, Spain and many others.
More than 1,000 joint and foreign enterprises were created and successfully operate in the region, including such large global transnational companies as Chevron, Eni, Exxon Mobil and others.
This cooperation attracts modern management, the latest equipment and advanced technologies to the region.
Dear friends!
We invite you to the "Oil Capital of Kazakhstan" — Atyrau, so that you will be able to, personally, know the investment potential of the region and consider the possibility of establishing new industries. And we, for our part, are open to discuss all ideas and proposals, and look forward to the implementation of joint projects in various economic sectors.
Akim of Atyrau region
Nurlan Nogayev
The results of the socio-economic development of the Atyrau region in 2018:
Advantages of the region: